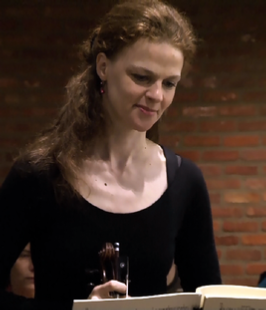 This is the age of 4 Sophie Causanschi began violin. Remarkably early, it is not surprising that his studies were capped at 17, with a higher gloss at the Royal Conservatory of Music in Brussels degree.

From the outset, she was invited to the Franz Liszt Academy in Budapest in order to develop his musical sensibility. She perfected later with Igor Oistrakh and Felix Andrievsky, prominent representatives of the Russian school.

His career as a chamber will then grow rapidly. Member of several renowned ensembles (Fonte Sonora, Piano Trio Coriolanus String Quartet Nuove Musiche), is actively involved in the dissemination of the Belgian music, thanks to his numerous recordings of radio and television. She has also played as a soloist and as Concertmaster with the National Orchestra of Belgium and Liege Philharmonic Orchestra under the direction of Mr. Frank, W. Weller, S. Blunier, T.Guschelbauer, P. Rophé, L. Langrée and Nuove Musiche Orchestra under the direction of E. Lederhandler.

Extremely concerned about the situation of children, she regularly provides support to organizations such as "Children of the World."

In January 2000, Sophie Causanschi has been chosen for the position of Assistant Concertmaster with the National Orchestra of Belgium.

Sophie plays on a violin J. - B. Vuillaume