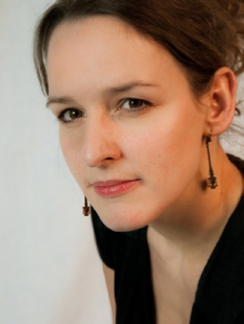 She participates in various operettas. She has also worked in Italy.

In 2009, she participated in Night of Electronics and Opera at the Royal Opera of Wallonia. It participates in the Festival de Wallonie and has also been a soloist of opera arias recital with "South Belgian Brass" and "Liege String Ensemble." Anaïs was "The Mother" in a world premiere of 'New Opera Hero' in NEO ² at the ORW in 2009, and she was' Miss Baggott "in 'The Little Chimney Sweep' Britten for the Festival of Wallonia .

In 2010, she was hired by the "CantoLX (Luxembourg), she participated in many concert Rotselaar Anthisnes, Verviers. She participated in the first and second edition of the musical journey around the mezzo-soprano on the occasion of "Festivals of Music" in Marche-en-Famenne.Elle form the "Duo Cantabile" eclectic repertoire with pianist Emilie Chenoy.

Anaïs was also a soloist in Mozart's Requiem at the Grand Theatre de Verviers under the baton of Jean-Pierre Haeck. She has even sang Bach's Magnificat and Vivaldi Gloria RV 589 under the direction of Jacques Giroul and the Davidde Penitente (Mozart) and Messe de Minuit (Charpentier) directed by Philippe Mercier, Bruckner's Te Deum in by Pierre Thimus and Requiem, Haydn Miserere (Hasse) with Gerry Welter in Luxembourg.

Recently, she participated in "A capella concert" around madrigals for five voices Gesualdo and Monteverdi to "Space Garage" with the vocal ensemble 'Le Petit Sablon'.

She is currently touring with the Theatre Bedlam (Traviata-Camelia) in the role of "Georgia Germont" with Jean-Pierre Moemaers (musical direction) and Daniel Donies (staging) and participates in the production of Opera Mobile (Bastien and Bastienne).