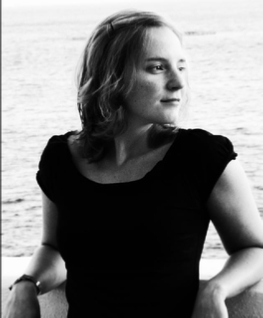 Smout Elise, born July 25, 1988, started music at the age of 5 at the piano and turned to the violin two years later.

At the age of 16, she entered an audition in the Youth Choir of the Currency (The Choraline) with which it will participate including the world premiere of the opera "Frühlings Erwachen" composed by Benedict Mernier in March 2007 at La Monnaie and start now studying solo singing.

At 18, she was admitted to the Conservatory of Maastricht singing in class Frans Kokkelmans.

In the course of 2007, she has a passion for conducting, following a master class at the Conservatory of Liège Patrick Baton takes private lessons with Etienne Rappe and decided to create his own set that finally born in October 2008: "The Orchestra".

In September 2009, she was admitted to the Conservatory of Maastricht in conducting the Enrico Delamboye class. It will then have the opportunity to work with Jan Stulen and direct Staatsorchester Rheinische Philharmonie Koblenz, Germany.

Elise currently pursuing his conducting and singing at the Royal Conservatory in Brussels classes Patrick Davin and Lena Lootens and was appointed choirmaster The Bavards, assistant chief of the Terra Nova orchestra and choir in Namur Dacagile in Brussels and replacement choirmaster Terra Nova and the choir of the ULB.