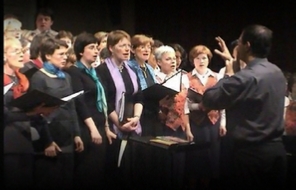 Started a few lovers of choral music, the choir now has sixty singers who have chosen to work demanding classical works. This obviously does not exclude a more relaxed repertoire own to lead the life of intense friendly group.