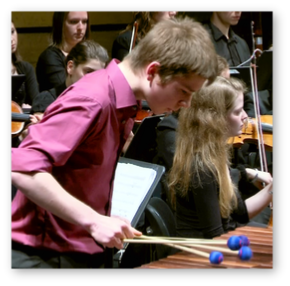 From childhood, Martin Deschamps was introduced to music. He received his first drum kit at the age of 11 years. Despite a significant disability that leaves him a leg and a half arm, he succeeds with perseverance to develop his musical talent and even begin to learn the bass. Thereafter, Martin Deschamps is part of the "DEEP FREEZE" group, but remains unknown to the general public until 1996, when he won the title of best singer in 'Empire of future stars. Its performance allows it to get noticed by Offenbach, who chose to take voice notes Gerry Boulet, follows a series of 52 shows with training.

In 2001, he released his second album, Different, recorded live. He takes a few success of the first album and some new songs as and when Intended. It also includes a few times successfully known as "It's My Life," "My Blues could go in door", "Up Where We Belong" and "Back in Black." The album has sold about 20,000 copies.

In 2002, he participated in the recording of the soundtrack of The Odyssey Alice Tremblay on which he performs two songs. It has hundreds of shows on his tour of Quebec and even some in France where he was appreciated by the critics and the public.

Returning to Quebec in 2003, he is preparing his third album The desert known primarily for success "Truth."

In 2005, he released the album Nature on which he took a dozen oldies of Offenbach. He also performed that year the theme song of the movie The Boys 4.

In 2006, he released his fourth solo album Intense where are the songs "Breathe" and "Winged". You can also find on this album a cover of the ballad "When men will love" by Raymond Lévesque. He also participated in the album Live at the Bell Centre Group Respectables. In 2007, he participated in the album Songs galore performing "Before saying goodbye" group The Clash.

He made the tour of Quebec Intense album and plans to release a new album then.

Historically, the life of Martin Descamps is steeped in music. His dad and his mom are violinists, both former soloists and teachers. At age 5, he started up the course at the academy Tamines: "I started with the trumpet, but one day I told myself that I wanted to percussion. I do not really know why but it seems that while I was typing with already small wooden spoons on pots and pans. "The Wépionnais 16 years does not lack humor. And even less talent. It has won the "Dexia Classics" contest. A test for the best students of academies in the country. A sort of Queen Elizabeth competition for young talent, they say. At national level, there is nothing better.

First the "Dexia Classics" contest with a rating of 97%

Of 200 initially enrolled in different disciplines, Martin has not only finished first in the category of percussion, but it is also ranked first in the final term, all instruments. His approval rating: 97%, granted by a jury of experts. The fruits of his labor with his teacher Thierry Lapierre Tamines.

All is said? Not. In fact all began for him. Currently fifth in the secondary grammar school François Bovesse Namur, it expects to be able to finish his Rhaeto incorporate a conservatory. His goal is clear: "I want to make music my profession. Not necessarily as a teacher, rather as a concert, an orchestra or as a soloist. "

Meanwhile, acknowledged "young talent", he has already received permission to miss some class time to attend classes at the IMEP (with teachers Jessica Ryckewaert, Xavier and Claude Roge Podgornik) since its taminois course is completed.

In another style but with the same happiness and drums, he also plays with "Slash Underscore" a group of friends: "We have a very varied repertoire rock, with covers that range from Led Zeppelin to Puff Daddy. It has already been a few concerts but has changed to change singer, so we reworked our play list at the moment. "