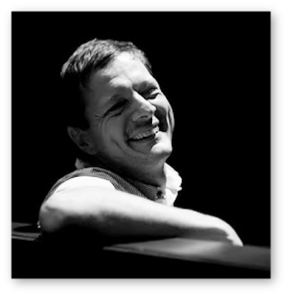 Etienne Rappe was born in Namur in 1965. After graduating at the Conservatory of Namur, in 1980, the Medal of the City piano, he studied at the Conservatory of Liege. He obtained a first prize in piano in 1983. Graduated from the Chapel in 1986, he then devoted himself to teaching while pursuing a solo career.

The disc, he made for the registration of a firm Pavane Haydn sonatas hailed by critics of the disc (Diapason, Le Monde de la Musique).

In addition to his activities as a soloist and teaching Etienne Rappe dedicated to choral and orchestral he studied with Jan Stulen the Conservatorium Maastricht and Edmond Saveniers the Lemmens Institute in Leuven, where he graduated.

Etienne Rappe's leader and founder of the choir and orchestra Terra Nova. He is also the founder and leader of the chamber orchestra Aria which is an original project of training and employability of young instrumentalists graduates.

Etienne Stroke is also a founding member of the chamber ensemble elegiac with which he participated in the rediscovery of the Belgian musical heritage of the 19th and 20th century.